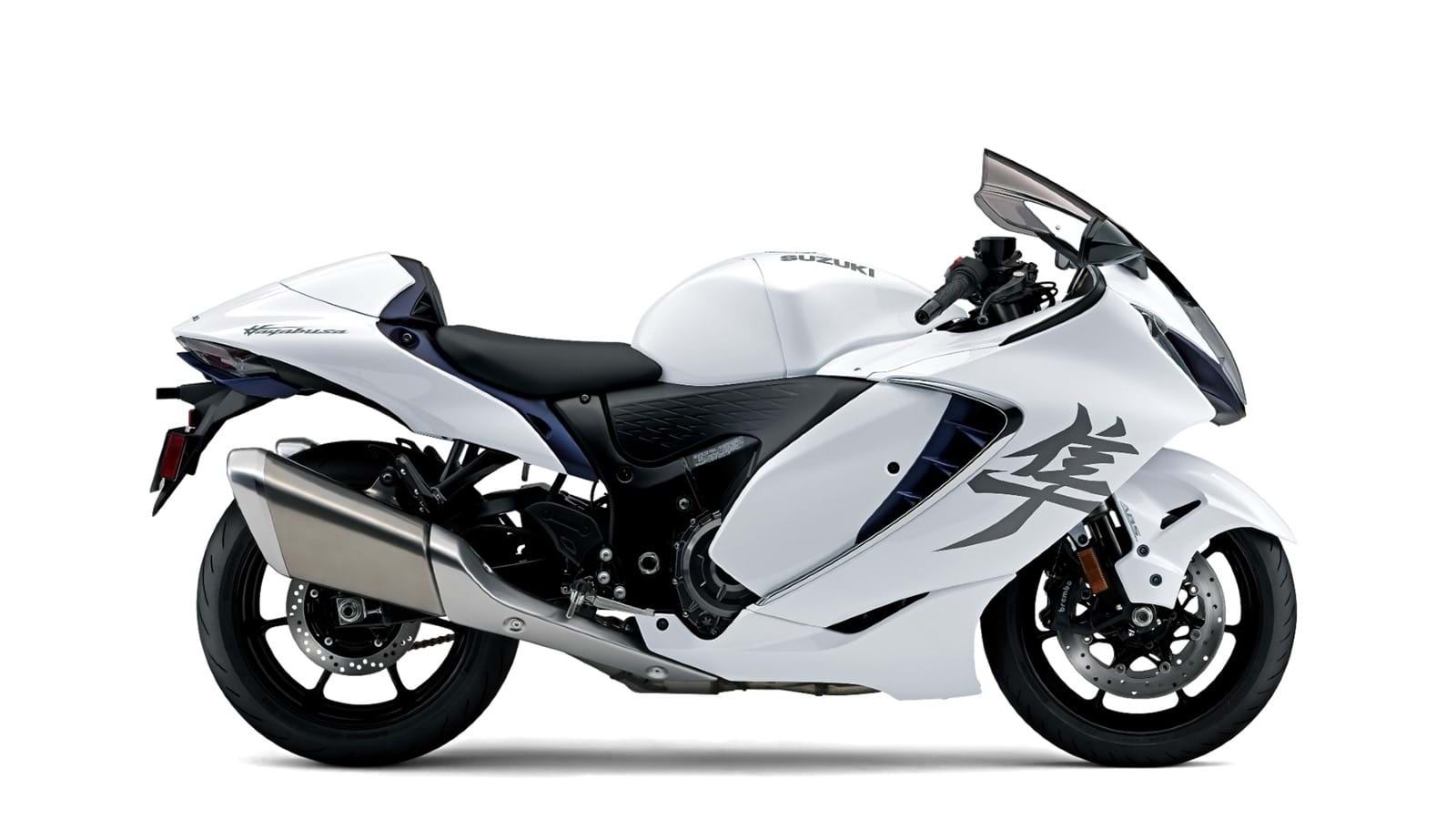 Suzuki has added a white version of the new Hayabusa to its range for 2022, which joins the existing black and orange and matt silver and red versions launched this year.

With an RRP of £16,499, the third generation of the legendary hyperbike gets Suzuki’s most advanced suite of electronics ever, with 10 lean angle-sensitive traction control modes, lean angle-sensitive ABS, three power modes, a bi-directional quickshifter, cruise control and a speed limiter, and three stages of launch control, all controlled via easy-to-use switchgear and managed through a neat colour TFT display, nestled between two analogue dials reminiscent of the original Hayabusa’s clocks. 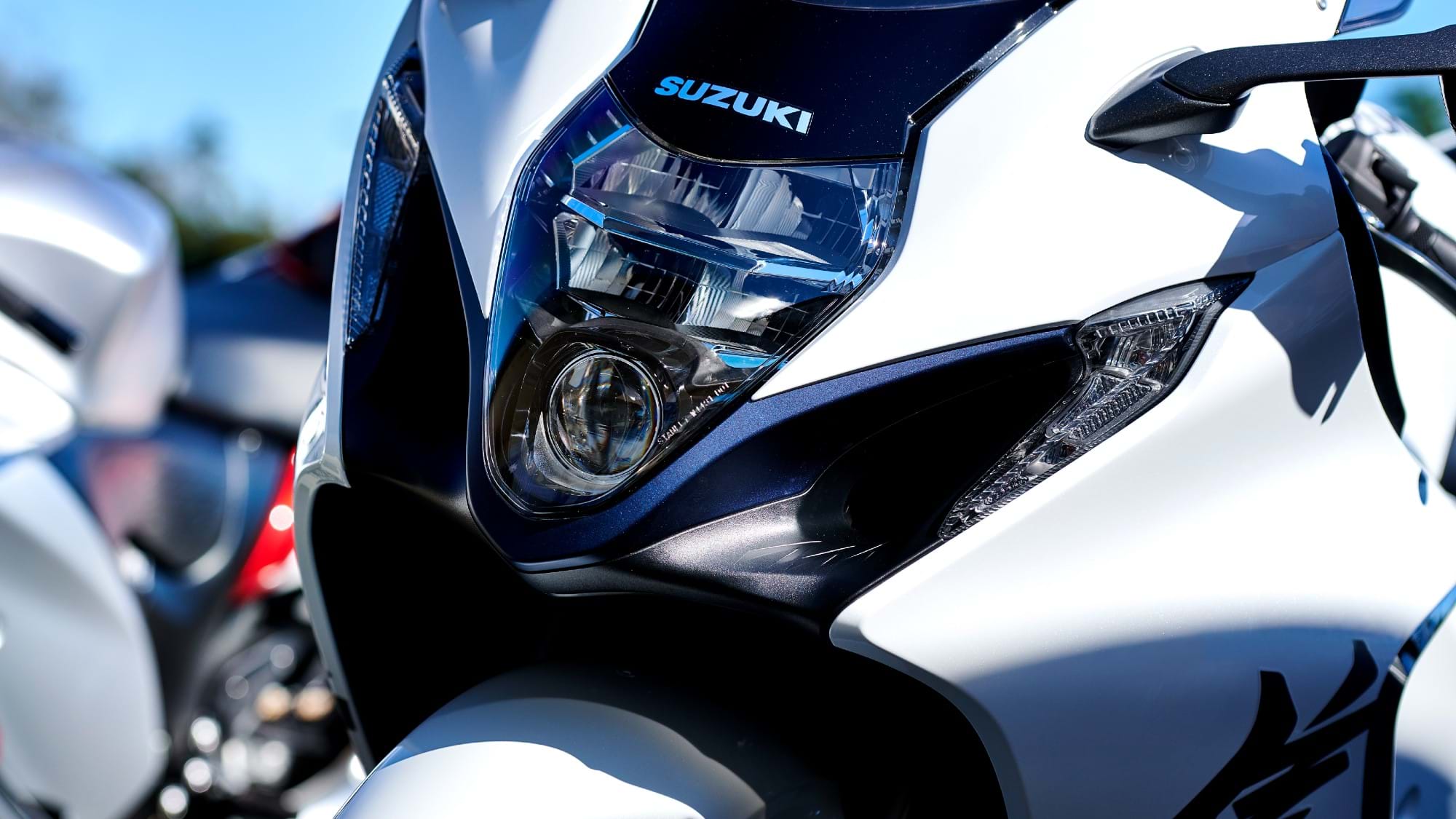 A heavily redesigned engine – including new pistons, conrods, crankshaft, and camshaft – specifically aimed at producing enhanced performance in the lower to mid rev ranges making it the fastest-launching Hayabusa yet with more cumulative torque than its predecessor. All this is wrapped in sharper, more angular bodywork that nonetheless is immediately recognisable as Hayabusa, taking heavy design cues from the original.