The SV650 was first introduced in 1999 as an affordable-but-fun middleweight, available either naked or half-faired. No one, not even Suzuki, could have imagined the cult appeal the bike would develop, as it appealed to everyone from commuters to riders looking for a capable tool for a weekend blast, and now fills race grids up and down the country. 20 years on, we take a look back at the history of one of the biggest overachievers in motorcycling.

The naked version of the SV650 cost just £3,999 when it was launched back in 1999, with the S model a mere £300 more. Both bikes immediately found favour with the motorcycling public, with a combined 2,549 sold in the first year and 2,939 the following year.

The SV was designed to be the answer to many people’s prayers; a robust, reliable, but characterful V-twin middleweight, suited to a range of riders and uses. 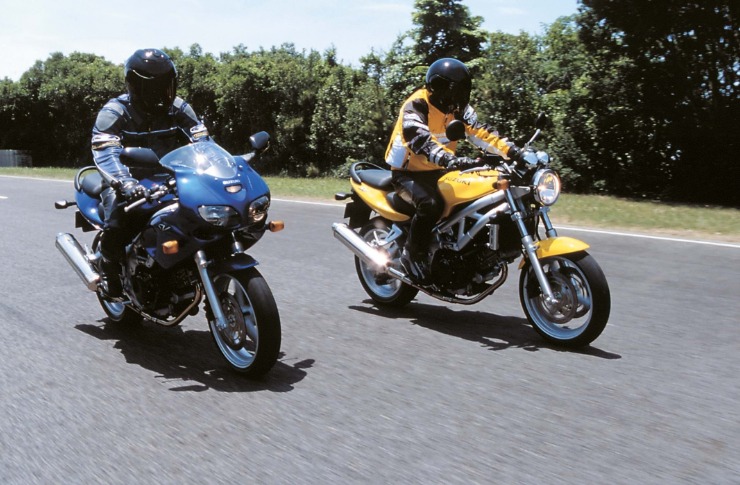 It was affordable and did everything it needed to. But it did it better than its rivals, with nimble, agile handling more akin to more expensive, sportier machines, and an engine that has gone down in motorcycle folklore. MCN referred to it as a ‘straightforward middleweight V-twin all-rounder which proves you don’t have to be boring to be practical’. It found a niche and it excelled.

It was comfortable as well, with a plush seat and easy-going ergonomics – especially the naked version. It could take a pillion too. And there was a great range of accessories, which meant the SV could be taken touring across the continent, or, with the fitment of fairing lowers, a pillion seat cowl, and a racy exhaust, become a mini V-twin weapon between the hedges.

Such a weapon in fact, that in club racing, the SV650 was the bike to be on when it came to the twin classes. As people sought more affordable ways of going racing, the SV filled Minitwin grids up and down the country, which boasted tighter regulations than other classes of racing. Frames couldn’t be modified, nothing could be done to the engine, and even things like the forks had to remain standard. However, the basic package from Hamamatsu was far greater than the sum of its parts, and the bikes posted impressive lap times around circuits like Donington Park, Brands Hatch, and Cadwell Park. 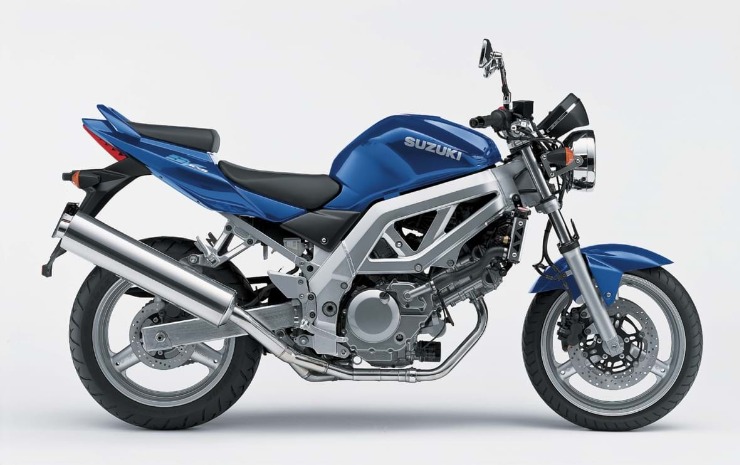 2003 saw the introduction of the second generation SV650. The new bike boasted an all-new cast aluminium frame, new swingarm and new exhaust. It also made the switch to fuel injection from carburettors. It got a power hike, too, taking peak power up to over 73bhp, while peak torque increased to 47.2lb-ft.

And it continued to fly out of the showrooms too. 2,266 were sold when the new bikes were introduced, as new riders, commuters, and racers alike sought them out. 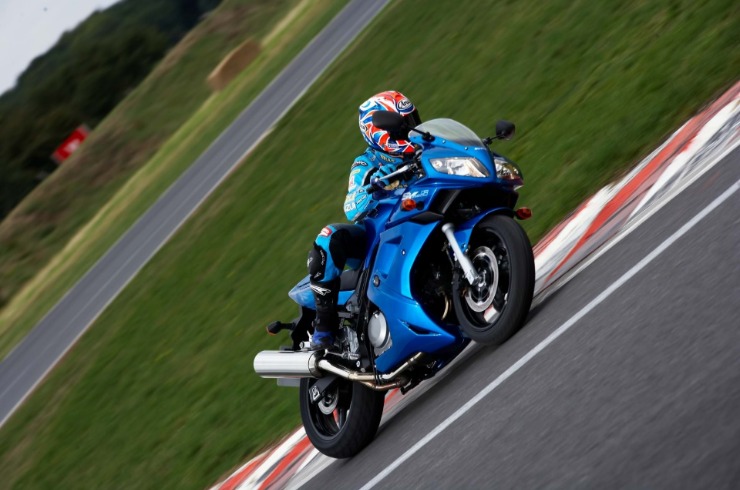 In 2007 new twin-plug heads were introduced to improve emissions, but it was the last update before the naked SV650 was superseded by the SFV650, which was launched in 2009.

The SFV650 was launched in Fuerteventura to widespread praise. MCN rated the upgraded engine five out of five, and commended the new bike, writing “the old SV650 was a good bike and to be honest Suzuki didn’t have to do much to make it a great bike once more. But they have gone one better and given us an excellent bike.”

Changes to the camshaft profiles and valve lift, a 10% increase in crankshaft inertia, newly staggered intake and exhaust tract lengths, and a new exhaust made it possible to boost low-rpm and midrange power, without sacrificing top-end output. There were also new valve springs, and while the bore and stroke remained the same from the older SV650, the bore was plated with Suzuki’s race-proven nickel-phosphorus-silicon-carbide coating. It also benefited from new iridium spark plugs.

The most striking difference was how the new bike differed visually from the SV. The classic styling made way for more modern lines, and a new steel trellis frame replaced the aluminium frame of the outgoing SV650. 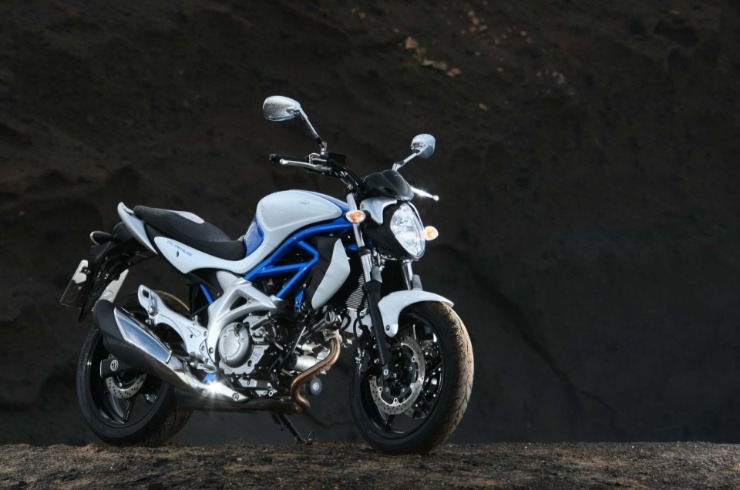 In classes where limited modifications were permitted, the SV650S continued its dominance of club racing grids, with it’s clip-ons and removable rear subframe. But in the more relaxed Supertwin classes, the SFV650 was carving a name for itself.

JHS Racing in particular were championing the way with the SFV, turning out an exquisite example dressed in GSX-R600 fairings, that turned heads when on display at Motorcycle Live.

The preparation put into the bike was essentially the same that goes into a superbike. The JHS SFVs used the original crankshaft, but got new con-rods, pistons, valves and valve springs. It retained the standard ECU, but with some parameters changed and some sensor eliminators, to extract every ounce of power. This bike didn’t have to do thousands of miles between services.

“The SFV650 boasts even more potential than the SV for racing,” James Holland from JHS Racing said at the time. “It’s the engine we like the most, as the nickel-phosphorus-silicon-carbide coating in the bores allows us to run higher tolerances with our pistons and rings.” 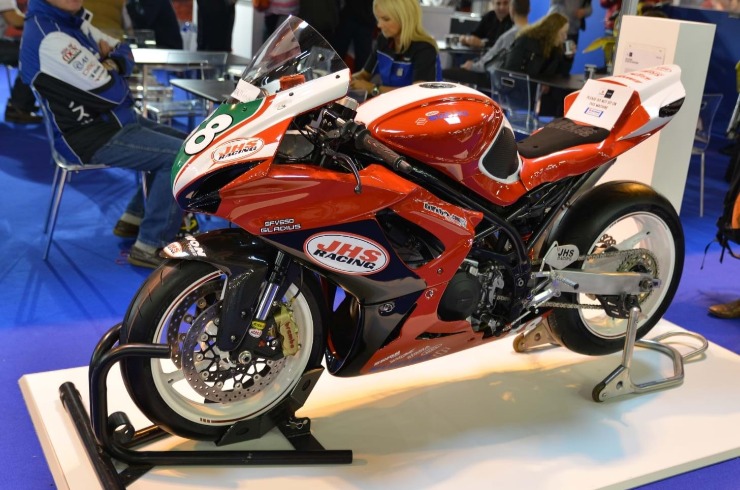 But for 2016 the naked SV returned to the range, doing everything it did in 1999, only better. It’s more powerful and lighter than the SFV650, with clean, classic styling to appeal to a variety of riders. It boasts some more tech too, with a one-push, easy-start system and Suzuki’s low-rpm assist function that makes it incredibly difficult to stall the bike when pulling away. On its launch in northern Spain it was praised for its handling, with Bike Social writing, “The Suzuki’s chassis is mint. It turns well, holds a line, and leans over till the long hero blobs and exhaust are dragging if you want.” 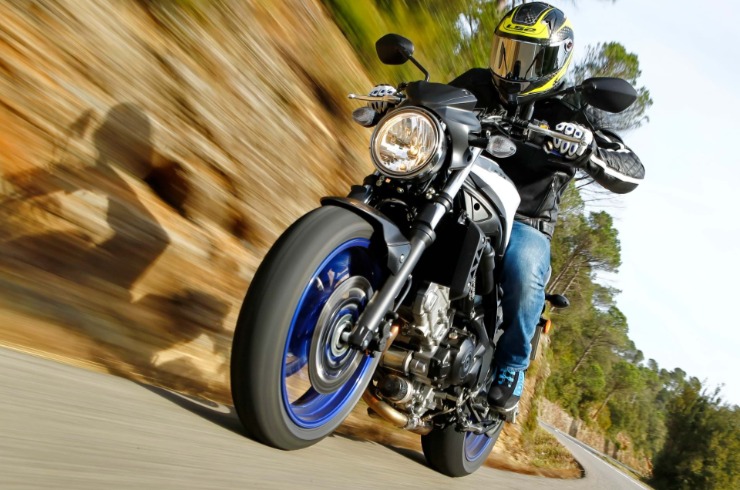 Two years later and the SV650X joined the lineup alongside the standard SV, while the S made way. It offered something new for SV customers, sporting café racer-inspired styling with a bikini fairing, dropped bars, and ribbed seat, plus a retro-style livery.

The SV650 remains a model that does far more than it should, better than it should. When the first SV650 rolled off the production line in the late 90s, no one would have believed that it would find favour with so many riders looking for so many different things, and go on to fill club racing grids and tackle the Isle of Man TT. It really is one of motorcycling’s biggest overachievers.