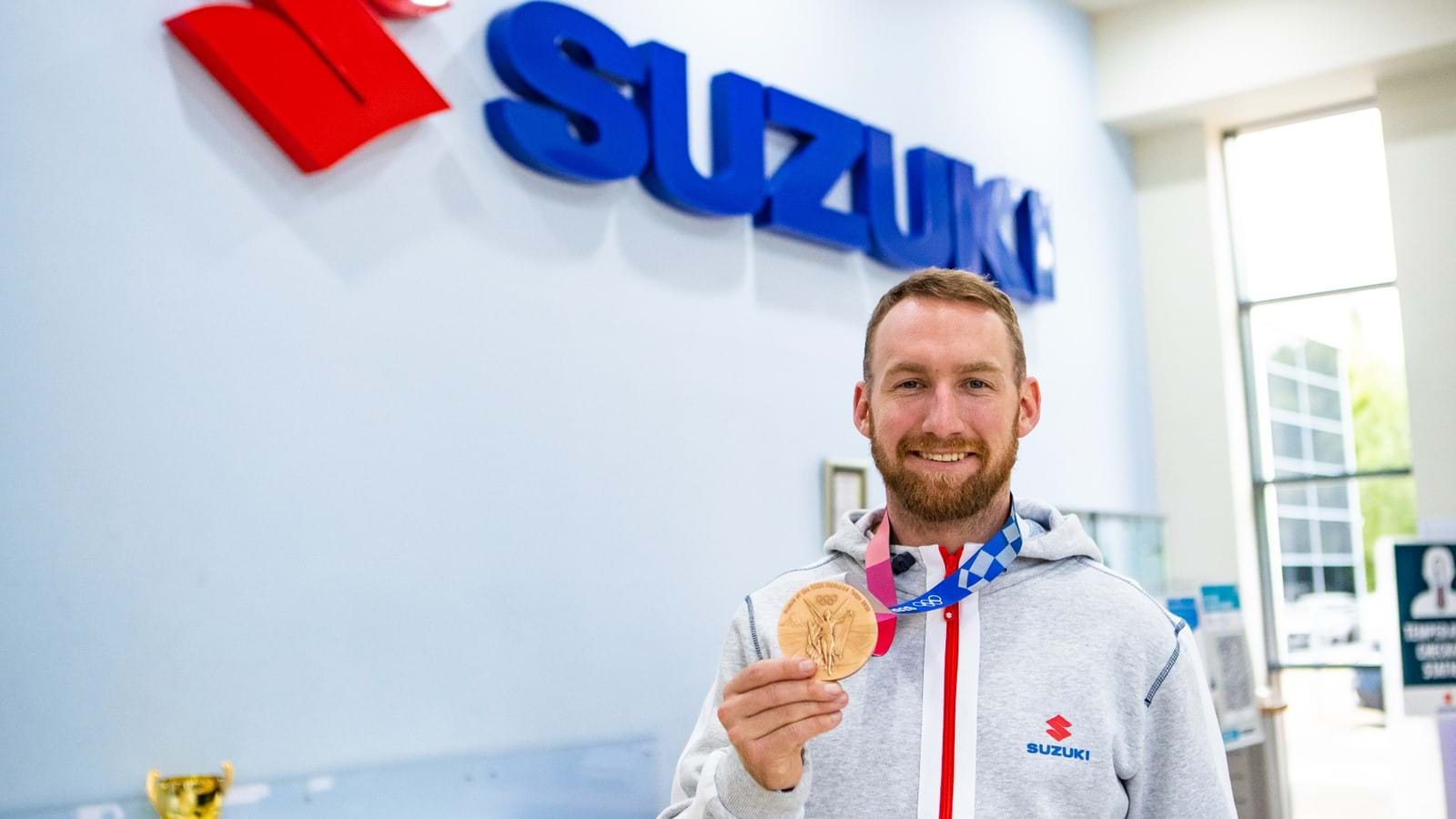 Brooks claimed bronze in the freestyle BMX at the 2020 Olympics, the first time the sport has been included in the Games, but when not performing backflips and bar spins in mid-air the 25-year-old can often be found swapping pedal power for horsepower. 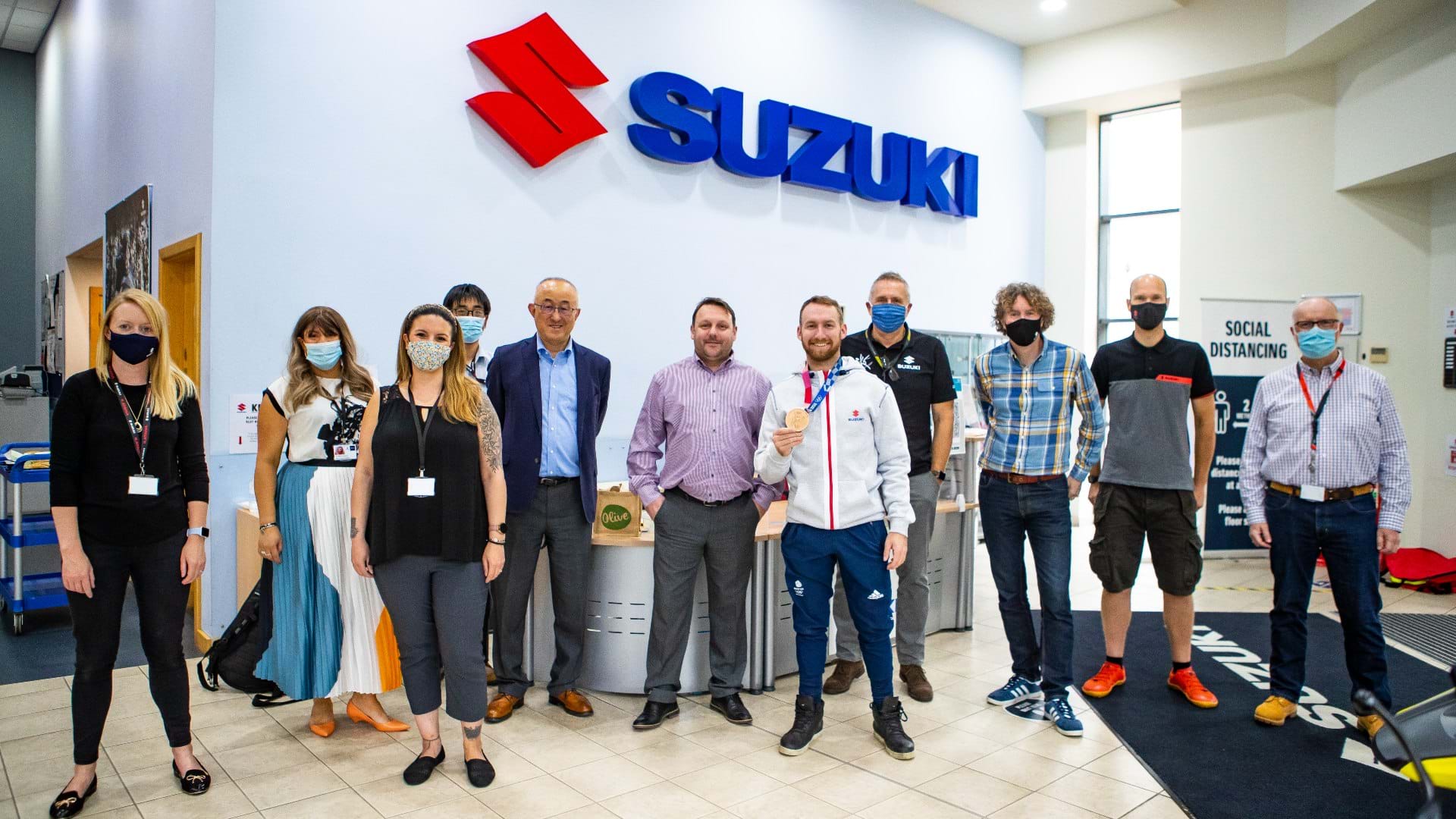 After passing his test in 2019 but being confined to an A2 licence, Brooks was finally able to graduate to a full A licence earlier this summer, and last week arrived at Suzuki’s UK headquarters to swap his restricted SV650X for a full power SV650.

While on site, the Team GB athlete was warmly welcomed by Suzuki’s motorcycle division, and spent the morning recounting tales from the Olympic Games while posing for photos with the team. 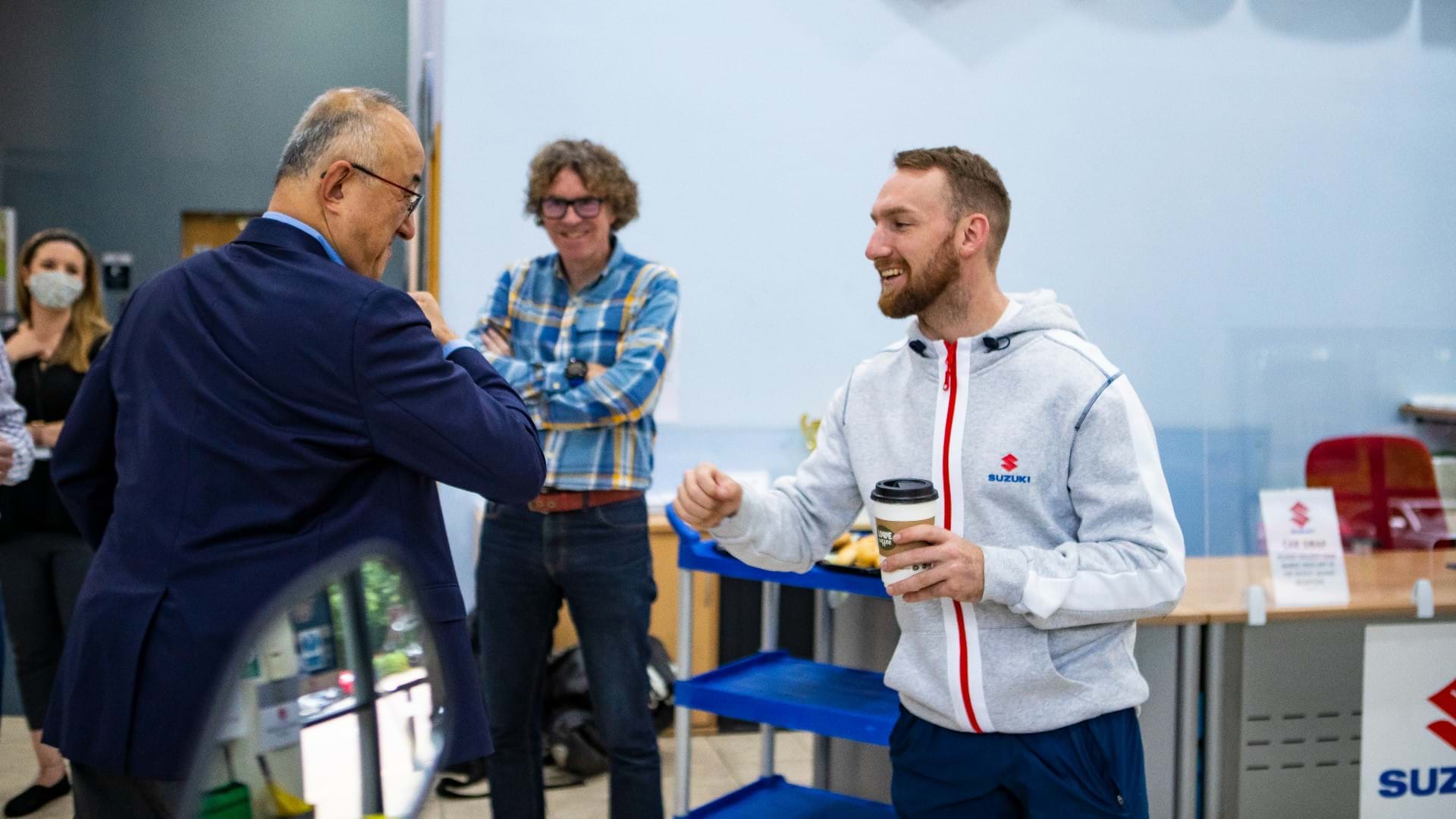 He said afterwards, “It was great to get up to see everyone at Suzuki and to pick up the new bike. They laid on a bit of breakfast, which was nice, and it was good to chat about BMXing, the Olympics, and just talk bikes. I don’t think it matters if it has an engine or not, if you’re into two wheels then you can get into any type of bike sport, and they spent a lot of time asking about BMX, the sport, and how we do what we do.

“It was good to swap to the full power SV as well. I’ve had to spend a couple of years on the restricted one but obviously rode the unrestricted version for my test, and we went out for a bit of a ride after I’d picked it up as well. I definitely think I’m going to like having a bit more power and I'm looking forward to getting some miles in before the end of the summer.” 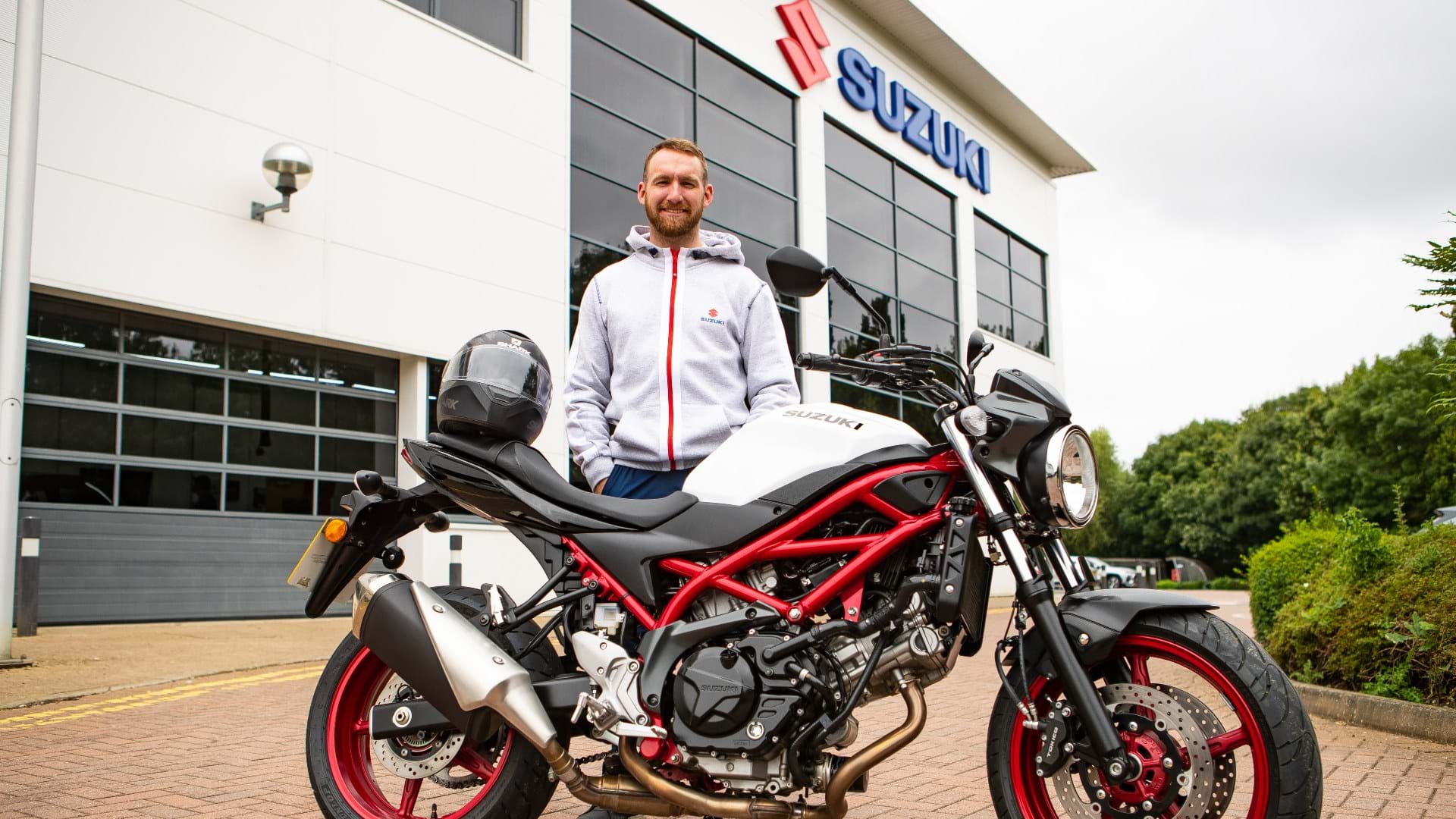 Suzuki GB head of motorcycle marketing, Ian Bland, added, “It’s not every day you get to hold an Olympic medal, so we’re very grateful for Declan for coming in and meeting the team and sharing his experiences. It’s an incredible achievement and one he should be proud of. It’s also great to see he enjoys bikes with an engine in the middle as well as pedals, and has now passed his test and is embarking on his own motorcycle journey.”